An unforgettable walk through the historical town center of Rome

PRIVATE
Sites visited
• Piazza del Popolo
• Spanish Steps
• Trevi Fountain
• Pantheon
• Piazza Navona
Each single day, the Roman town center continues to cast its spell, enchanting locals and visitors from all
over the world with is dreamy atmosphere, which still echoes the “dolce vita” mood.
Supreme beauty and elegance pervade everything and the magic is that they often charmingly stand side
by side with curious anecdotes and dark stories.
Piazza del Popolo is the starting point of the tour, with its wonderful view toward the Pincio garden at
Villa Borghese, the monumental obelisk, its three renowned churches…and the incredible story about the
presence of the emperor Nero’s ghost in the area.
To be considered as the most iconic square of the city, Piazza di Spagna will then greet you with its
majestic staircase, made worldwide famous by the “Roman Holiday” movie, with Gregory Peck and Audrey
Hepburn.
More breathtaking gems are along the way, from the Trevi Fountain, with its powerful gushes and
muscular divine marble figures, to the Pantheon, with its famous dome provided with an eye opened to
the sky and its two-thousand years old architectural perfection.
Piazza Navona, which has always been the quintessence of a square for the Roman people, will be the
ending point of the walk, with its peculiar oblong shape and all its Baroque spectacularity, perfectly
represented by the stunning marble Fountain of the Four Rivers by Gianlorenzo Bernini.
Private Guide: Professional qualified English speaking guide
Duration: Approximately 3 hours
Time: Suggested starting time: 10:00AM or 2:30PM
The starting time can be personalized according to client’s wishes and needs
Dressing Code: Comfortable shoes are recommended, as well as a hat and sun screen in Summer, and a
raincoat in case of rain

PRIVATE
Sites visited
• Colosseum
• Arch of Constantine
• Roman Forum
• Palatine Hill
Just pronounce the word “Colosseum”.
Nothing else is needed to unleash everyone’sfantasy, even of those who are the shyest and less interested
in ancient history.
As the largest amphitheater of the Roman Empire, that could host more than 70,000 spectators at once,
the Colosseum is an extraordinary place to understand the dynamics of Roman society and political power,
as well as the great skills of its architects and builders.
Inaugurated in 80 AD as a place of entertainment for the Roman people, it still stands, despite of
plundering, earthquakes, and tens alterations to its original function.
The Sacred Way, the large basalt road stepped on by the most famous ancient Roman generals and
politicians, partly runs along it, with its route marked by two magnificent arches of triumph.
Following it, you enter the valley of the Roman Forum, which maintained its role as the political, religious
and social heart of Rome for more than a thousand years.
The Palatine Hill is the hidden gem along this itinerary, a sort of secluded hanging garden which overlooks
and guards the city since millennia, from its earliest history to its bustling contemporary life.

Guide: Professional qualified English speaking guide
Duration: Approximately 3 hours
Tickets: Entrance tickets & Skip the line service included
Time: Suggested starting time: 9:00AM or 2:30PM
The starting time can be personalized according to customer’s wishes and needs
Dressing Code: Comfortable shoes are recommended, as well as a hat and sun screen in Summer, and a
raincoat in case of rain

PRIVATE
Sites visited
• Vatican Museums:
• Sistine Chapel
• St. Peter’s Basilica
A monumental bronze door which opens through imposing city walls marks the entrance to the Vatican
City, Holy See and smallest independent state in the world.
Trespassing it means entering a unique, precious, and sacred place, made of artistic wonders and faith.
The tour starts from the Vatican Museums, which house an immense collection of art, distributed through
over 2000 rooms and nine miles of galleries.
Covering it in a day, a month or even a year is impossible, since you would need twelve years at least to
enjoy everything.
However, visiting their most famous sections and walking through their renowned galleries is enough to
absorb a great part of their splendor and meaning, up to the greatest masterpiece of all time, the Sistine
Chapel with the stunning ceiling and frescoes by the genius Michelangelo.
Absolute wonder of majesty, St. Peter’s Basilica is the longest and tallest church ever built, with no
comparison in the world for the plenty of masterpieces which marked world art history, such as the
Renaissance Pietà sculpted by Michelangelo at the age of 23 and the colossal Baroque bronze baldachin
cast by the talented Gianlorenzo Bernini.
Guide: Professional qualified English speaking guide
Duration: Approximately 4 hours
Tickets: Entrance tickets & Skip the line service included
Time: Suggested starting time 10:00AM or 2:30PM
Dressing Code: Being part of the Holy See, the Vatican Museums and several areas such as the Sistine
Chapel and St. Peter’s Basilica require a strict dressing code. Please, remind to have shoulders and knees
covered as a sign of respect to the place. 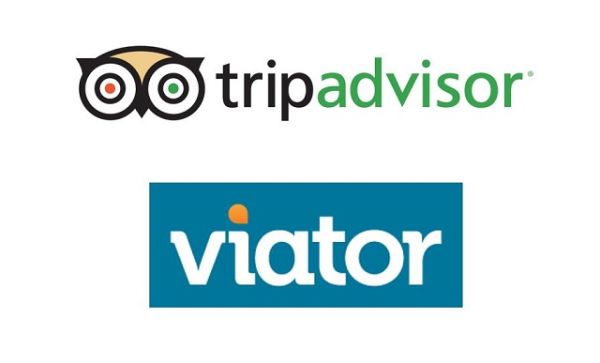